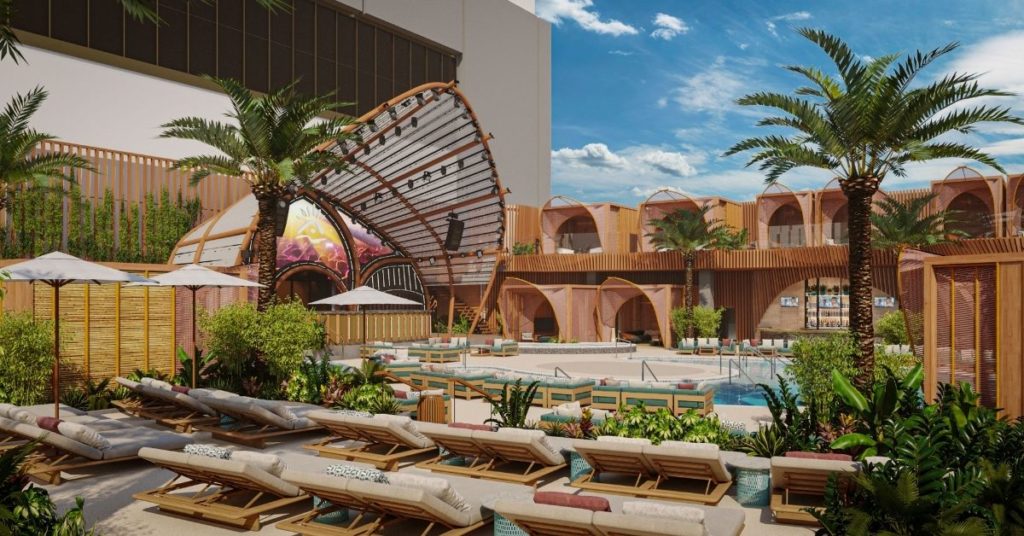 With an Independence Day Weekend debut on the horizon, the newest player in Las Vegas nightlife is rounding out its entertainment roster.

Joining previously announced residents Tiësto and Zedd are former Wynn nightlife resident DJ Snake, and a pair of singer/actresses that are making their DJ debuts on the Strip; 24-year-old “Mayores” singer Becky G and 22-year-old “Home With You” artist Madison Beer. The latter is scheduled to open Ayu Dayclub on July 2, with the aforementioned Tiësto and Zedd taking over on July 3 and 4, respectively.

With Zouk Nightclub scheduled to open in the fall, Ayu Dayclub will be the focal point for Resorts World entertainment throughout the summer. The club has already programmed weekend days and nights through September, and Zouk is debuting a Sunday concept party dubbed “Moonbeam” on July 4. The “day-to-night” party will feature music performances alongside “themed activations like hair braid bars, art installations, retail opportunities, shareable photo moments, and more,” according to the official announcement.

Featured artists, many of them previously announced, on the Zouk roster include:

All the news, good chews and great views on the Las Vegas Strip

See Who Is Coming to Resorts World